The Fritt Ord Foundation, The New York Review of Books Foundation and the Russian online journal of politics and culture Colta.ru invite the public to the international conference ‘Russia Under Putin’ on Thursday, 29 November 2018 at Fritt Ord, Uranienborgveien 2, Oslo. To register your attendance, please e-mail: russiaunderputin@frittord.no

Maxim Trudolyubov, Editor-at-Large of Vedomosti, Senior Fellow at the Kennan Institute, Washington DC, opinion writer for the New York Times, author of The Tragedy of Property: Private Life and Ownership in the Russian State (2018)

William Taubman, Professor of Political Science at Amherst College, Massachusetts, and the author of Khrushchev: The Man and His Era (2003) for which he was awarded the Pulitzer Prize, and Gorbachev, His Life and Times (2017)

This panel would look at the structure of the Putin regime, the sources of its power, and how these are maintained. The panel could approach the subject from a number of angles; the formal structure of power with the ‘leading role’ of Putin’s Presidential Administration; the blurring of the distinction between the political and business elites, with Putin distributing wealth within the political elite as a means of assuring loyalty; and the co-opting or neutralizing of potentially rival centers of power and influence ­– political parties and the Duma, the judiciary, the press, television, business.

Chair: Martin Paulsen, Chairman of the Board at the Rafto Foundation

Elena Milashina, investigate journalist for Novaya Gazeta, who has reported on events in Chechya, the Northern Caucasus and beyond. Recipient of the 2008 Andrei Sakharov Award, the 2014 International Woman of Courage Award and the 2016 Free Media Award.

Irina Prokhorova, Founding Editor of the New Literary Review and co-founder of the Mikhail Prokhorov Foundation. Active in the party Civic Platform, resigned following the annexation of Crimea. Author of 1990: Russians Remember a Turning Point (2013)

Mischa Gabowitsch, Research Fellow at the Einstein Forum in Potsdam, author of Protest in Putin’s Russia (2016)

This panel would hear the testimony of journalists, writers, lawyers or human rights activists who are working, or have worked in Russia and have experienced at first hand the impact of the regime’s policies on human rights, freedom of speech and the rule of law and who in their professional lives may have chronicled, criticized and opposed these practices.

Maria Lipman, Editor-in-Chief of Counterpoint journal, published by the Institute for European, Russian and Eurasian Studies, George Washington University, and a contributor to The New Yorker online

Benjamin Nathans, Associate Professor History at the University of Pennsylvania and the author of Beyond The Pale: The Jewish Encounter with Imperial Russia (2002). He is completing To the Success of Our Hopeless Cause, a history of the Soviet dissident movement

This panel would examine the mix of ambitions, fears and prejudices embedded in the rhetoric of the Putin regime, designed to connect it to its mass popular base. These could include Russian nationalism linked to a restoration of Russian power and influence over the ‘near abroad’ of the former Soviet Union, manifest in the annexation of Crimea and support for pro-Russian separatists movements in the Eastern Ukraine; the resurrection of a post-Soviet version of the ‘capitalist encirclement’, with domestic opponents branded as agents of hostile Western powers; the cult of Putin himself and the rehabilitation of Stalin’s reputation; and the role of more nebulous ideas such as ‘Eurasianism’ as propounded by Lev Gumilev.

Chair: Helene Skjeggestad, foreign news journalist for Aftenposten, who will be based in Moscow from 2019

Maxim Trudolyubov, Editor-at-Large of Vedomosti, Senior Fellow at the Kennan Institute, Washington DC, opinion writer for the New York Times, author of The Tragedy of Property: Private Life and Ownership in the Russian State (2018)

This panel will give a sense of what is going on in the vast areas of Russia beyond Moscow and St Petersburg, and especially east of the Urals. This could include developments in Chechnya and the North Caucasus; but also political and economic life in large Russian provincial towns: Who is in control there, what is the quality of life of Russian citizens; how might local corruption and the management (or mismanagement) of the Russian economy impact upon their lives?

Katherina Gordeeva, Journalist and Cultural Entrepreneur, who recently finished a documentary on the Kirill Serebrennikov trial

Marina Davydova, Critic and Editor-in-Chief of the journal TEATR, and artistic director of the NET-festival. Curator of the performative installation Eternal Russia as a part of Utopian Realities – 100 Years of Now with Alexandra Kollontai

Maria Stepanova, Poet and Essayist, and the Founder and Editor-in-Chief of the independent online journal Colta.ru. Her latest book is the documentary novel Post-Memory (2017)

From Pussy Riot and Oleg Sentsov to Kirill Serebrennikov, Russian cultural life is punctured with political trials. The accusations may seem absurd, but the prison sentences are more than real – and no one can consider themselves safe enough. Marked as terrorists, treated as criminals, targeted for public shaming – who are the people behind the headlines? And what is the hidden logic that makes the “cultural trials” a part of the bigger picture?

Alexander Baunov, Senior Fellow at the Carnegie Moscow Center and Editor in Chief of Carnegie.ru. He has been a Senior Editor at the independent news website, Slo.ru

Christian Caryl, Editor at the Opinions section of The Washington Post, and Editor of DemocracyPost, a blog specializing in democracy issues around the world. He is the author of Strange Rebels (2012).

Julie Wilhelmsen, Senior Research Fellow the Norwegian Institute of International Affairs who has published widely on Russian foreign and security politics. She is the author of the book Russia’s Securitization of Chechnya: How War became Acceptable (2017)

Focus on Russian attitudes and policies towards the European Union and NATO as posing an ideological and military threat; Russian engagement with populist movements in Western and Central Europe; and with increasingly authoritarian regimes in Poland, Hungary and Turkey. Russian vulnerability to Western economic sanctions, and European dependence on Russian supplies of oil and gas; the impact of present and future conflict in The Middle East; the ambiguities and complexities of US-Russian relations with the coming of the Trump presidency.

OTHER EVENTS RELATED TO THE CONFERENCE: 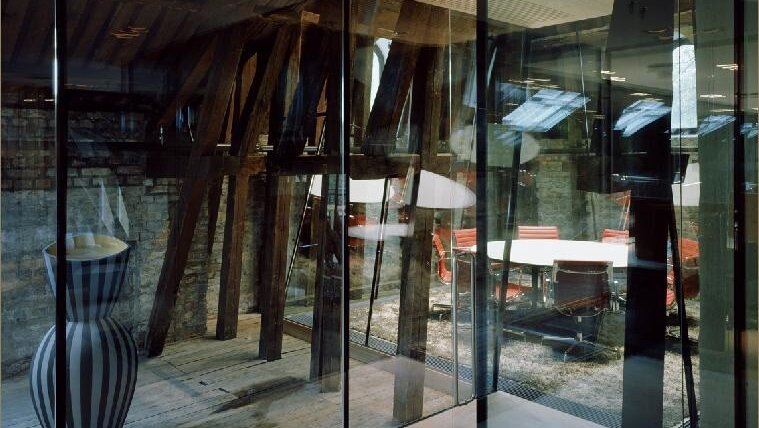